Episode 11 - My little trips to the heart of Brussels - by Marc L. | A trip to Brussels "Belbelle"

Published on 27 January 2023 in Activities

What to think of CANDLELIGHT 2021 and its film music concerts? 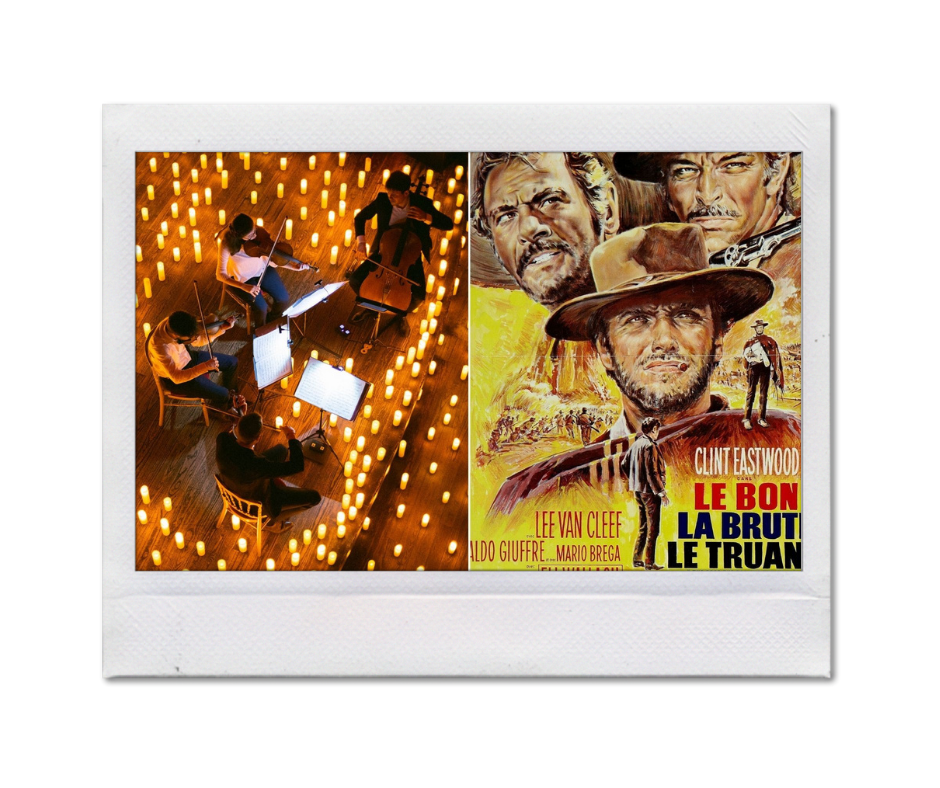 A program rich in emotions.

Thank you for its excellent choices of composers (of all genres), references... Unforgettable!

And its sumptuous settings: Atomium, the BluePoint Brussels ... (Open Air concerts) and the Théâtre du Vaudeville. 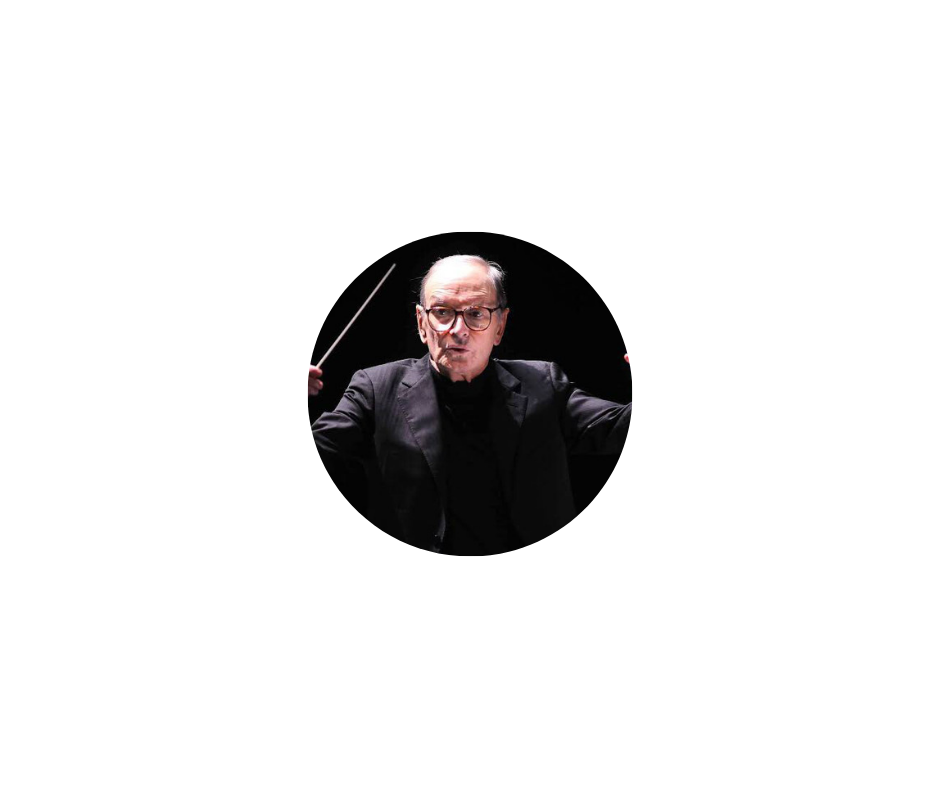 Enough to enchant you for good...

In Brussels, the past/present "re/vit", timeless moments...  Stars in your eyes, butterflies in your stomach...

A superb tribute was given to Ennio Morricone (1928/2020) this Italian composer, musician, conductor.

Ennio, the "Maestro" has composed more than 500 works. Oscar winner.

Known for the soundtracks of the westerns-spaghettis...

A new tribute will also be paid to him on May 16, 2022 at the Cirque Royal in Brussels.

With the show "The legend of Morricone".

I remember the concert of this genius in 2018 at Palais 12 during his world tour "60 years of music". 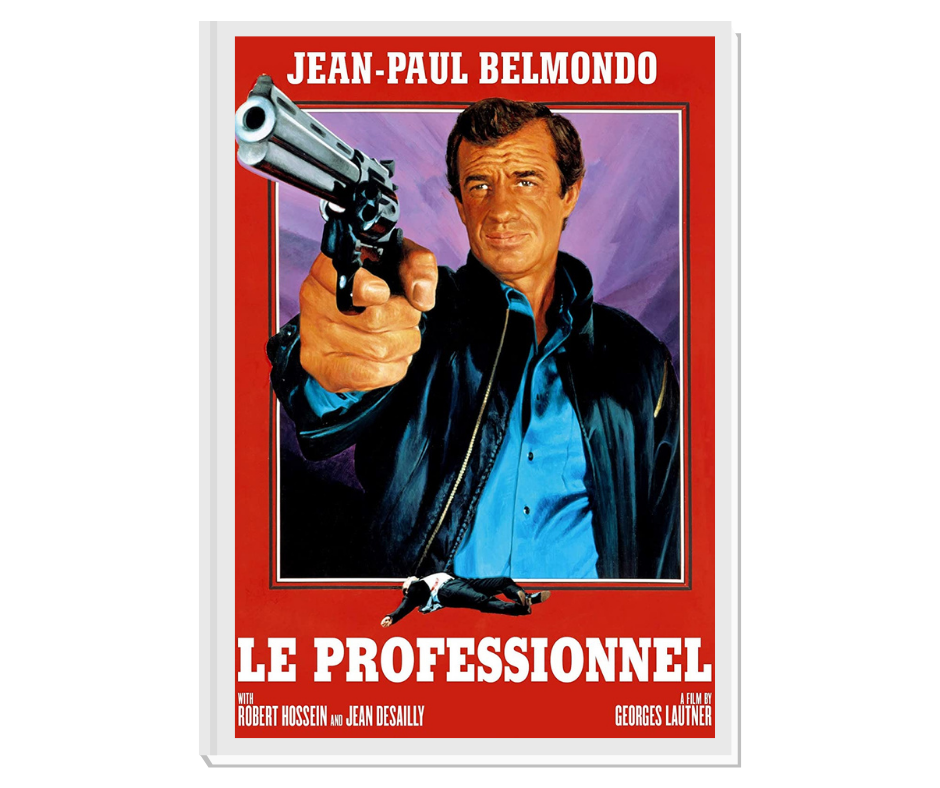 "The Professional" is an adaptation of "The Death of a Fragile Beast", a novel by the British Patrick Alexander (1926 /1997).

Book (unavailable nowadays?) that you can (maybe) find (for a derisory price) at "Pêle-mêle", a second-hand bookshop (more than 100.000), located at boulevard Maurice Lemonnier 55 (not far from the Aris and Alma Grand-Place hotels).

Cultural recycling at the rendezvous.

Many customers looking for .... appreciate this place. 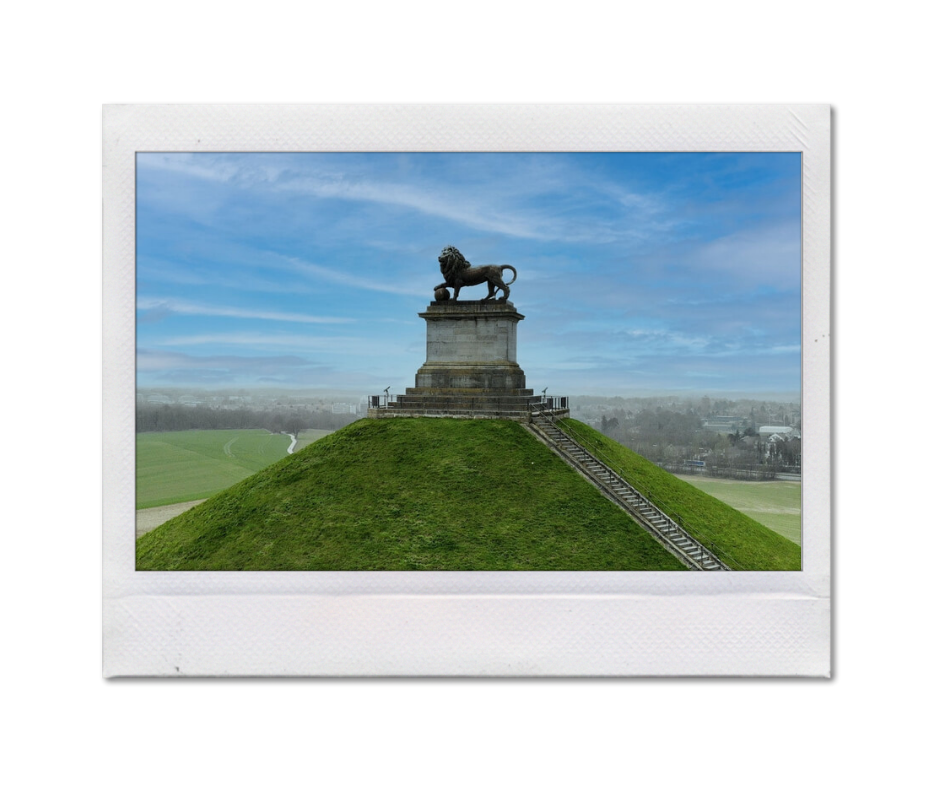 Another Pêle-mêle exists in Ixelles (chaussée de Waterloo) near the place du Châtelain.

Pêle-mêle also has an address in Waterloo (a French-speaking Belgian town located about 20 km south of Brussels, in the province of Walloon Brabant).

Waterloo is famous for having been the scene of the "Battle" that changed the destiny of Europe in 1815.

Waterloo and the Lion's Mound (an imposing earthen mound 43 m high and 500 m in circumference) topped by a colossal cast iron lion (symbolizing the victory and the new United Kingdom of the Netherlands).

History at the rendezvous.

The visit of these places in Waterloo can be done in one day, by staying at the hotel Aris Grand-Place or Alma Grand-Place.

Different formulas exist to travel in Belgium by train. The Central Station is at 5 minutes walking distance from our hotels.

From October 26, 2021 to April 17, 2022, the exhibition "Orient-Express", welcomes you to the Train World (Schaerbeek) which is part of the biannual festival Europalia, dedicated this edition to trains.

You will get a glimpse of the Orient Express collection and its Belgian founder (Liège), Georges Nagelmackers (1845/1905).

It's the perfect place to immerse yourself in the book "The Crime of the Orient Express" by Agatha Christie.

Thanks to the Train World application (to be downloaded on your smartphone), you will be able to listen to the contents of the audio guide (1h30) for free. 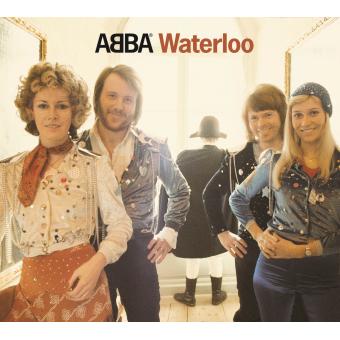 "Waterloo"? You may be thinking of the name of a song by the (very iconic) Swedish pop group ABBA, defended during the Eurovision contest in 1974.

This was Sweden's first victory in the contest.

Waterloo is also the name of their second album.

ABBA whose fans have been waiting for the release of their new album "Voyage" on November 5, 2021... 40 years after their separation.

Before a whole series of concerts, a tour of their holograms, "ABBA-tars". 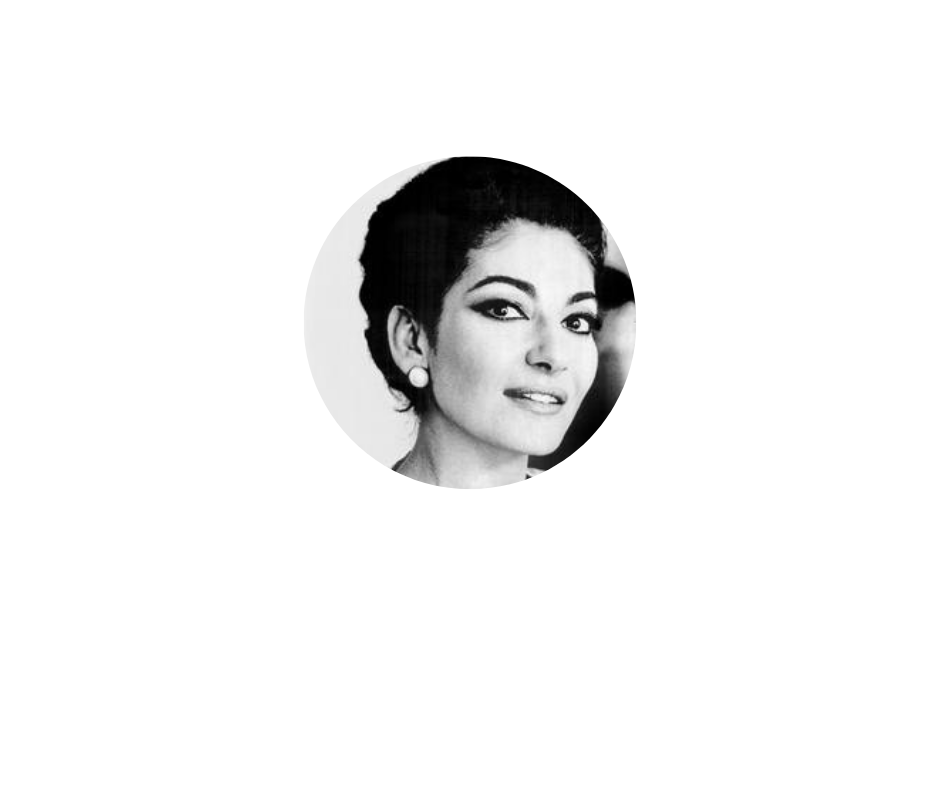 What to think of concerts with holograms?

On November 27, 2018 took place in BOZAR (designed by Victor Horta as a "city within a city") the concert of Callas (the greatest soprano of the twentieth century - 1923/1977) entitled "Callas in concert".

It is a hologram of the singer, during some of her recitals (her last ones date from 1974), that one could see on the stage of the Henry Le Boeuf Hall, accompanied by an orchestra of 60 musicians.

The concert of Whitney Houston in hologram planned in March 2020 on the stage of Bozar (a true model of European institution of the XXIst century culture), "An Evening with Whitney Houston: The Whitney Houston Hologram Tour" was finally cancelled following the decisions taken by the national council of security of Belgium.

This famous musical festival from Lyon was once again exported to the heart of our dear capital in various spectacular places such as Bozar, C12, la Vallée:

The best of the Belgian music scene, the cream of the underground music were present.

C12, this multidisciplinary platform is nestled in the depths of the Galerie Horta next to the Grand-Place and the Central Station (rue du Marché aux Herbes 116), a stone's throw from the Arbany hotels.

This Brussels club C12 has built a solid reputation on the electronic scene thanks to its quality programming and its atypical location. 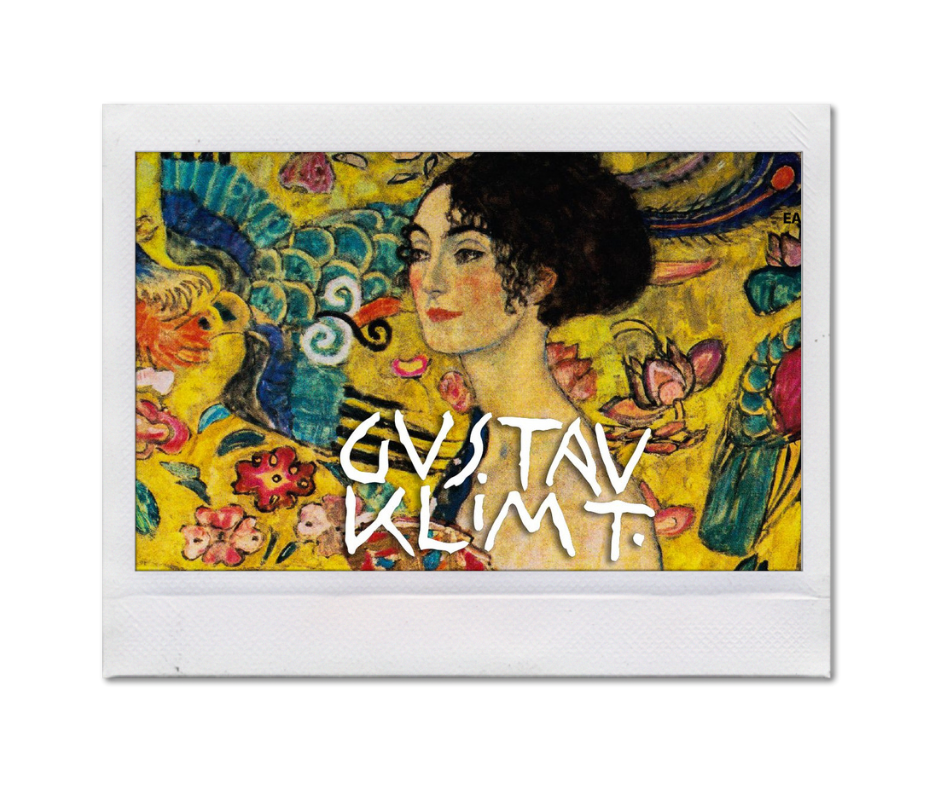 Galerie Horta offers you an immersion in the work of Gustav KLIMT (leading artist of Viennese symbolism 1862/1918, known worldwide for his compositions where gold dominates) from 24/03/2021 to 30/11/2021: "Gustav Klimt, The Immersive Experience".

The Valley is a space for creative entrepreneurs to work, meet and share: offices, workshops, rooms for exhibitions, events, training and rehearsal spaces. 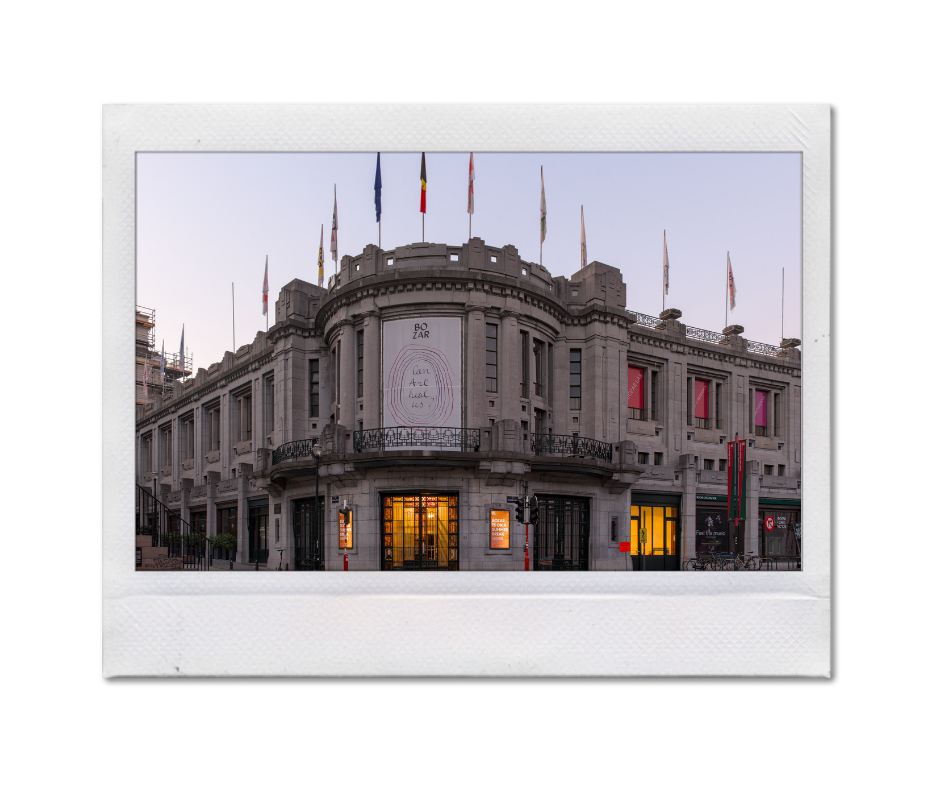 La Vallée opened in 2014 (renovation) in a 6,000 m² former laundry located in the heart of Molenbeek.

The Brussels Palace of Fine Arts (Bozar) inaugurated in September 2021 its brand new rooftop terrace (as imagined by the famous architect Victor Horta in his original plans for the institution). 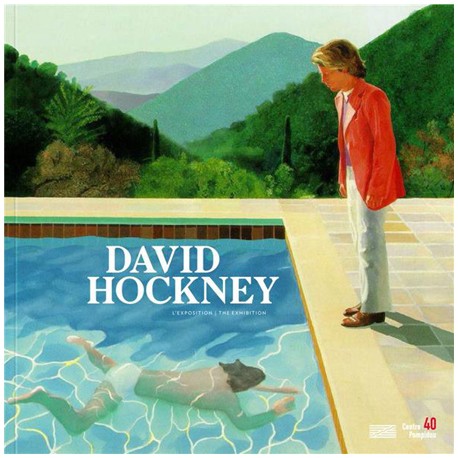 Bozar awaits your visit for the splendid exhibition (retrospective from October 8 to January 23, 2022) entitled "David Hockney: Works from the Tate Collection, 1954-2017".

David Hockney, the innovative British master of color, is now in the spotlight with this double exhibition.

The second exhibition, "The Arrival of Spring, Normandy, 2020", reveals the colorful paintings made by the artist on his iPad.

VR TO GO is an experience to be lived in 48 or 72 hours upon reservation and with the delivery of a VR headset (3D experience, VR 360 degrees).

The entry of VR at the Venice Film Festival in 2017 made the buzz: 18 films were in competition.

"I love science festival" is the science and technology festival for everyone in Brussels: experiments, labs, animations, conferences, workshops and exhibitions...

The 2nd edition of the Brussels Digital Spring (an initiative inspired by the Montreal Digital Spring) was held jointly with the ILSF:

A weekend dedicated to technology and digital creation.
Free event.

As for the novel "La mort d'une bête à la peau fragile", it could be found in another second-hand bookstore (on two floors) at "Évasions" (rue du Midi). A melting pot of genres to satisfy all types of readers.

The music of the film "The Professional" was composed by Ennio Morricone and nominated for a César award in 1982.

It is called "Chi Mai" (instrumental music) and was originally composed for "Maddalena" by Jerzy Kawalerowicz (Polish director and screenwriter 1922/2007), released in 1971 (this film was a failure and the song was forgotten). 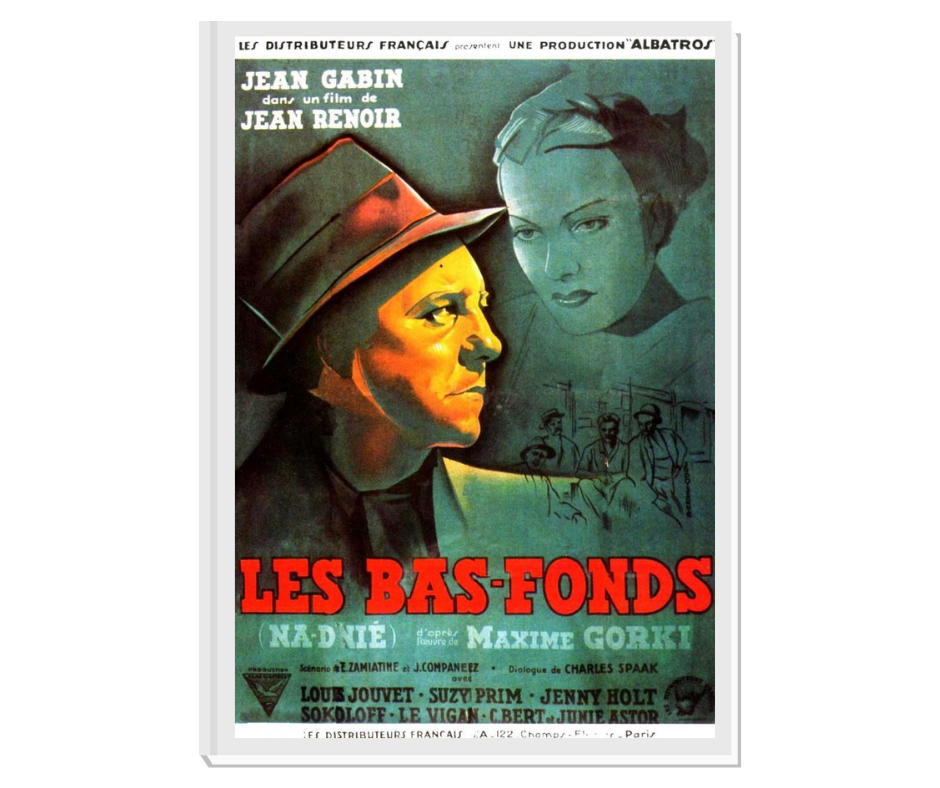 "Bebel" (this nickname, a reference to "Pépel", character of tramp interpreted by Jean Gabin (French actor 1904/1976 whose a place in Jette bears his name) in "Les bas-fonds" (1936) of Jean Renoir (French director and screenwriter, 1894/1979 whose Cinematek of Brussels projects his films), required this music.

"Chi Mai" is also known for having accompanied the Royal Canin commercials.

At the time of the death of Jean-Paul Belmondo, a moving national tribute was paid to him, the eulogy pronounced by the President of France Emmanuel Macron and the music of "Professional" was played by the orchestra of the Republican Guard.

Belmondo received in Brussels in 2012 the medal of the Order of Leopold. (Belgium's most important military and civil distinction) and in October 2019 a Golden Glove of Honor at the Golden Gloves ceremony in Brussels.

If you walk in the Royal Galleries Saint-Hubert (opened in 1847 under the eye of the architect J-P. Cluysenaar (1811/1880), they are among the oldest in Europe and are classified by UNESCO since 2008), I invite you to go around the sculptural ambigram "Love Hate" (1999) by Mia Florentine Weiss (German conceptual artist and performer, sometimes referred to as the "Madonna of Art" or as the most controversial artist)...which has traveled around Europe as a symbol of peace and change of perspective.

Sculpture that can be read as Love or Hate depending on which side it is seen from.

4 giant letters with the "O" tilted.

An exhibition of masterpieces took place from June 1 to 4, 2021 in the rooms of Christie's Brussels (located on Boulevard de Waterloo). 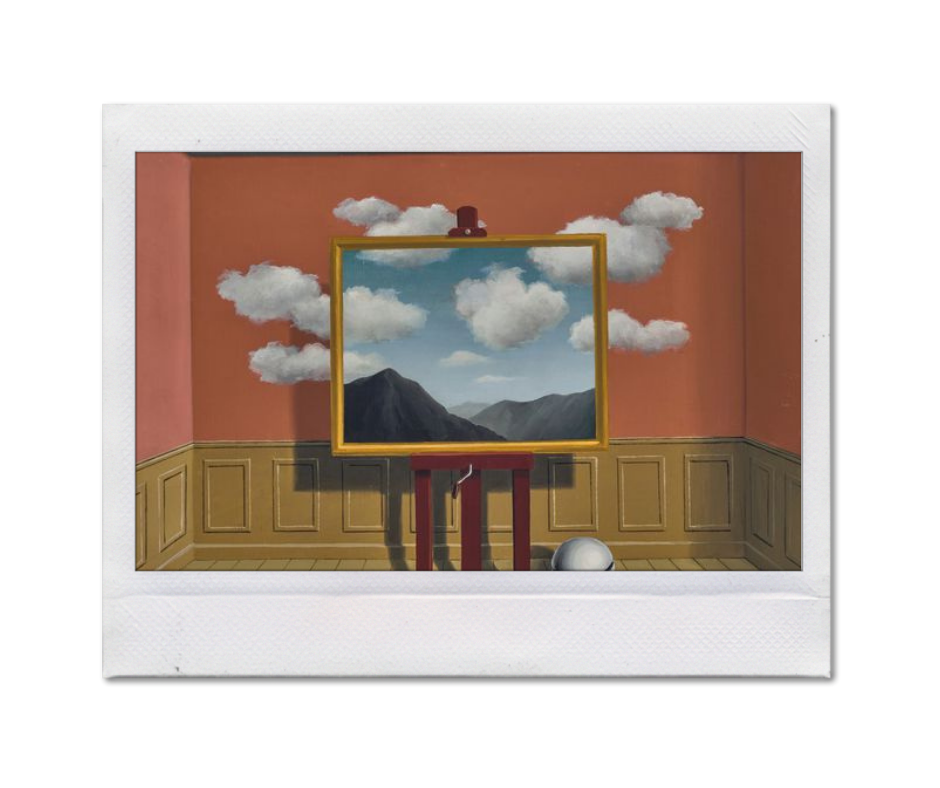 An immersive exhibition dedicated to René Magritte entitled "Inside Magritte" will take place at the Musée de la Boverie in Liège from November 5, 2021 to March 6, 2022.

Immersive exhibitions have become popular in recent years.  They allow people to discover art in a different way, to attract a wider audience.

What about you? We are interested in your opinion. 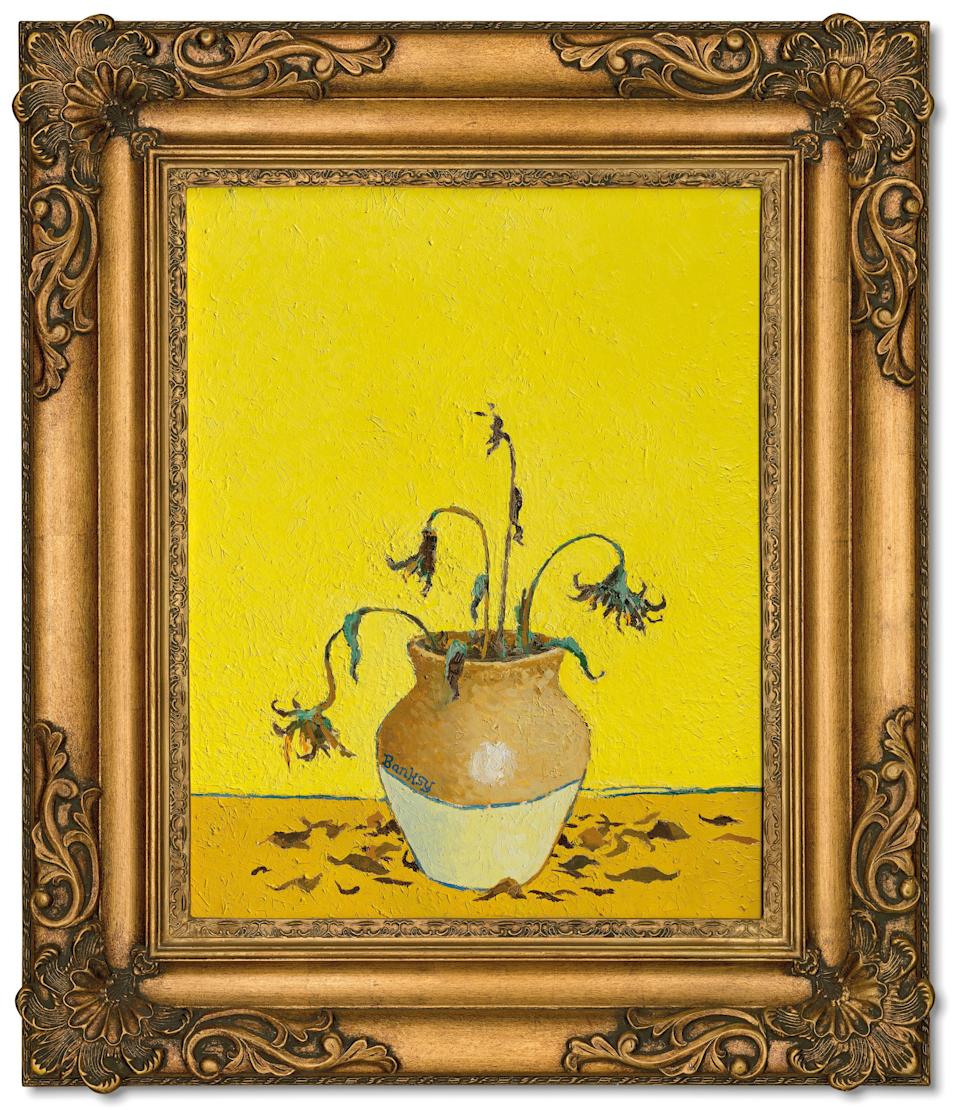 Art has been and will always be the "Zeitgeist" barometer of our time.

On November 9, 2021, Christie's in New York will auction the parody of Van Gogh's "Sunflowers from Petrol Station" (2005), representing a bouquet withered by pollution, a work signed Banksy (street artist).

The painting is by the British fashion designer Paul Smith.

The Fashion and Lace Museum in Brussels (annual thematic exhibitions) presents you with a new exhibition "Brussels Touch" (27.08.21 > 15.05.22), rue de la Violette (two minutes walk from the Alma Grand-Place hotel) where you have the opportunity to discover the imprint of Brussels on contemporary fashion, from the 1980's until today.

Fashion "made in Brussels".

The emblematic creations of 33 designers linked to Brussels are exhibited through nine pieces that are declined under thematic angles:

Olivier Theysken: He was artistic director of Rochas, Nina Ricci, and Theory.  His creations have been worn by Nicole Kidman, Cate Blanchett...

José Enrique Oña Self, the most Spanish of Belgian designers, born in Brussels, graduate of La Cambre, creative director of LIL ...

For a few years now, Brussels has given you, gives you, will give you the opportunity to enter a painting, to soak up a work...

For example, the exhibition "Van "Gogh - The Immersive Experience" at the Palais de la Bourse in Brussels (2018/2019).

Sensory tour where the works of Vincent van Gogh (1853/1890- painter whose career began in the Borinage) were projected on the walls and animated thanks to the technique of "mapping" (= projection of light and videos on relief scenery in order to recreate an almost living and sound imagery).

As for the Palais de la Bourse (very close to the Aris Grand-Place hotel), it will be converted into a "Belgian Beer Palace" (a true temple of beer) including the Belgian Beer Experience Center (CBB), a conference center, a panoramic brasserie on the roof, a restaurant with its kitchens, a commercial part, an administrative part and services.

Brussels "immersive" for ever/for ever?

Since July 1, 2021, Brussels has been offering "Old But Gold", the musical and culinary experience of the Mont des Arts, at the "Plein Publiek".
No less than four musical decades come to life from floor to ceiling (1970s to 2000s).

An 80-minute multi-sensory journey through time is guaranteed. 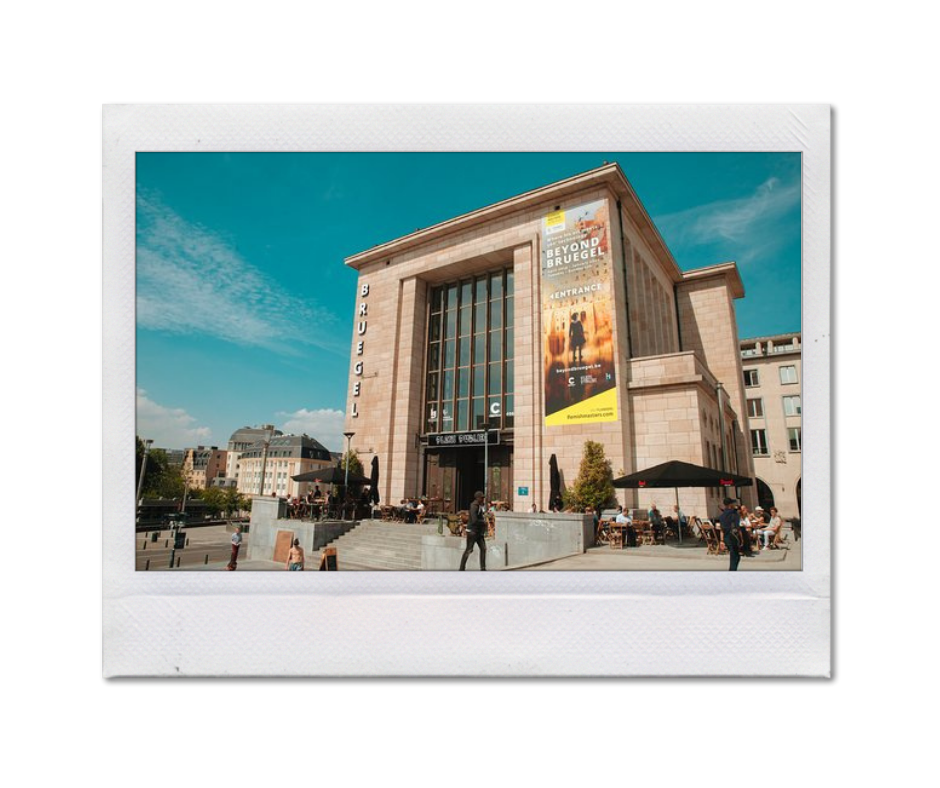 Plein Publiek is the meeting place for many trendy events (concerts, parties, exhibitions and fashion sales) in the former Dynasty Palace (built for Expo 58 on a project by the Belgian architect Jules Ghobert (1881/71 - one of the protagonists of monumental architecture in Belgium) located just above the Central Station.

In the summer, a place where you can definitely chill out on the terrace.

This year, in Rimini, a museum has just opened its doors: the Fellini museum (birthplace of the director).

Does Brussels also have a "Felliniesque" side (fantastic, bizarre, sumptuous, extravagant...)?

You'll find out in the next episode ...

*Translated in English by Ambre